MONTREAL, June 4, 2020 /CNW Telbec/ - The Institute for Research in Immunology and Cancer (IRIC) of the Université de Montréal is proud to announce that David Knapp and Geneviève Deblois have been recruited as new Principal Investigators. They are in charge, respectively, of the Cellular Engineering Research Unit and the Metabolic and Epigenetic Alterations in Cancer Research Unit. 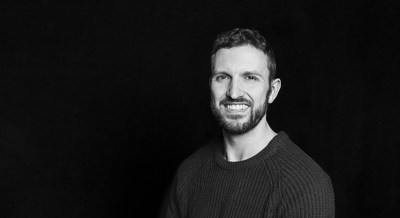 David Knapp's work seeks to demystify the molecular landscape that defines dysregulated cell identity in cancer progression. His team is working on designing new molecular circuits allowing the activity of genes of interest to be modulated at will in order to study their regulatory role and to direct the differentiation of cells to desired cell types. This facilitates the production of cells for regenerative medicine and paves the way for the development of new therapies for cancer treatment.

David Knapp completed his Ph.D. in Experimental Medicine at the University of British Columbia in 2015. He carried out a first postdoctoral fellowship at the British Columbia Cancer Agency in 2016, followed by a second one at the University of Oxford. He was awarded a prestigious Vanier Canada Graduate Scholarship for his Ph.D. and a Canadian Institutes of Health Research (CIHR) postdoctoral grant.

The research led by Geneviève Deblois seeks to gain a better understanding of the development of drug resistance in cancers. Her team studies changes in cell metabolism that contribute to resistance to treatments by modifying the epigenetic profile of cancer cells.

Geneviève Deblois received her Ph.D. in Biochemistry from McGill University in 2014. Since then, she has worked as a Postdoctoral Fellow at the Princess Margaret Cancer Centre in Toronto and the Rosalind and Morris Goodman Cancer Research Centre at McGill University. She has received several awards of excellence, including the Governor General's Academic Medal, the CIHR Frederick Banting and Charles Best Canada Graduate Scholarship Doctoral Award, Fonds de recherche du Québec – Santé postdoctoral fellowships, as well as the very competitive Scholarship for the Next Generation of Scientists transition grant from the Cancer Research Society.

"The hiring of David Knapp and Geneviève Deblois is part of a recruitment campaign undertaken by IRIC in its quest to enrich the complementary expertise of our research teams. They both took part in our Young Investigators Research Symposium in 2018", pointed out Marc Therrien, Scientific Director of IRIC.

"We wish Mr. Knapp and Ms. Deblois the warmest of welcomes and great success in their new duties at the Institute. We are convinced that their expertise will significantly contribute to our mission of fighting cancer and to our model focusing on the strength of multidisciplinarity", said Michel Bouvier, Chief Executive Officer of IRIC.

Both investigators are also interested in the mechanisms of breast cancer. While working to better understand the identity of the various types of body cells, David Knapp uses data generated from mammary cells. Geneviève Deblois studies the development of drug resistance in breast cancers, particularly in triple negative breast cancer.

Both of their laboratories thus benefited from financial support used as a start-up fund that came from the 2019 Audacious evening, IRIC's flagship fundraising event. Mrs. Susan McPeak, co-founder of the McPeak-Sirois Group for Clinical Research in Breast Cancer, was the guest of honor and enabled the Institute to bring together a community of philanthropists to support its mission of cancer research.

An ultra-modern research hub and training centre located in the heart of the Université de Montréal, the Institute for Research in Immunology and Cancer of the Université de Montréal was created in 2003 to shed light on the mechanisms of cancer and discover new, more effective therapies to counter this disease. The IRIC operates according to a model that is unique in Canada. Its innovative approach to research has already led to discoveries that will, over the coming years, have a significant impact on the fight against cancer.

Deeply rooted in Montreal and dedicated to its international mission, Université de Montréal is a leading research university. It ranks among the top 100 universities worldwide and among the five best French language universities. With its affiliated schools, Polytechnique Montréal and HEC Montréal, UdeM attracts over $500 million in research funding every year, making it one of the top three university research hubs in Canada. UdeM has more than 67,000 students, 2,300 professors and researchers, and an active global network of 400,000 alumni. 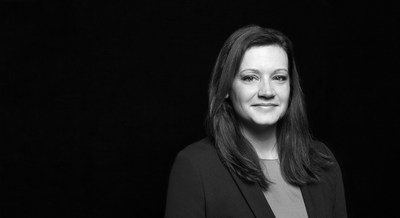 About Biotechgate
The Canadian Life Sciences Database is a product of Venture Valuation and part of the global Life Sciences lead generation and intelligence platform Biotechgate. Our mission is to provide up-to-date company and business information of the Biotech, Pharma and Medtech sectors to professionals everywhere, in order to support them in identifying the most appropriate business partners, customers and suppliers.